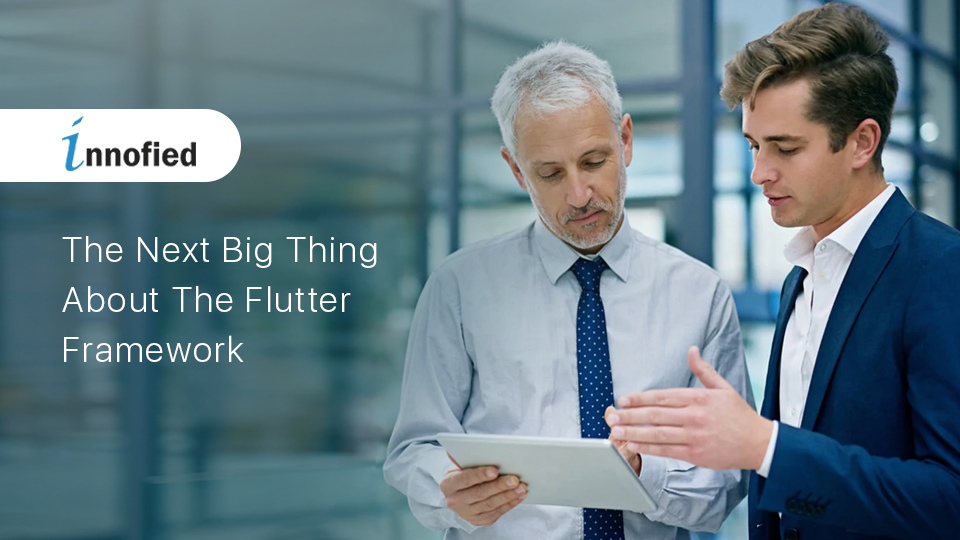 Though Android Inc started Android application development, Google bought it in 2005. Google came up with the concept of Flutter just a few years back when they were conceptualizing their upcoming revolutionary Fuchsia OS.

Flutter is a relatively newer SDK. Though the first-ever Flutter SDK was released in 2017, the first stable version was released only on December 4, 2018. The latest update, Flutter 1.20, was released recently in August 2020.

There are many Android developers who believe that Flutter will replace Android app development. No matter what happens in the future, it is certain that no native app developers can ignore Flutter. Now, let’s check why they should pay attention to the developments of Flutter in 2021 and beyond.

Google’s Flutter is an open-source, multi-platform mobile software development kit that helps you build apps for both Android and iOS platforms with the same single source code. Many big companies including Alibaba have started using this framework for developing their cross-platform mobile apps.

We’ll compare Flutter and native Android development on the basis of 5 criteria: 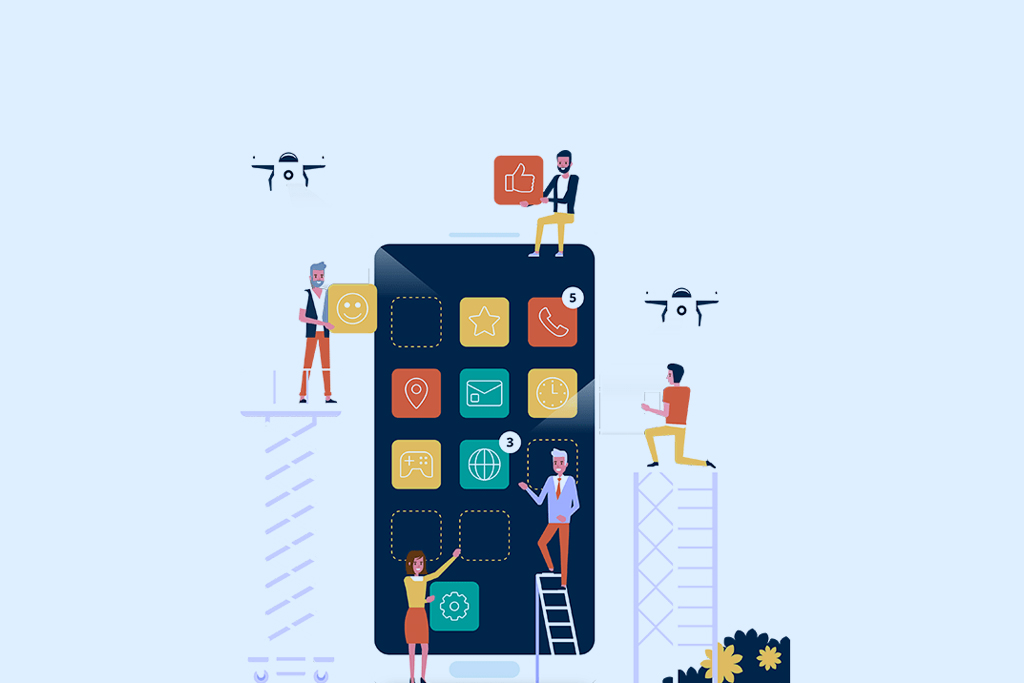 Android engineers use Android Studio, native build, and Android Studio’s platform tools for developing apps natively. A slow process is involved whenever an app developer makes any change and wants to see the desired result. You may have to use an Android Virtual device or emulator for viewing the changes done by you while building the app. The process is slow because it can take a lot of time for Gradle builds.

This slow process experienced by the Android developers has been done away with in Flutter app development. Google has incorporated a feature called “hot reload”, which helps developers to instantly view the effect of changes made in the app. However, this feature may not remain as effective when the app you have created grows in size. Therefore, developers must adopt new techniques for effectively using this feature.

Gradle handles the dependency management for native Android applications. You’ll find loads of Kotlin and Java packages in the market. Android ecosystem is efficient enough to handle these packages effectively. The Pub Package manager built within the Flutter apps, helps you get new dependencies for development.

When it comes to the programming language, native Android development is ahead of Flutter, thus indicating that in the war of Flutter v/s Native, Native is the clear winner.

Related read: Flutter App Development – Everything you need to know! 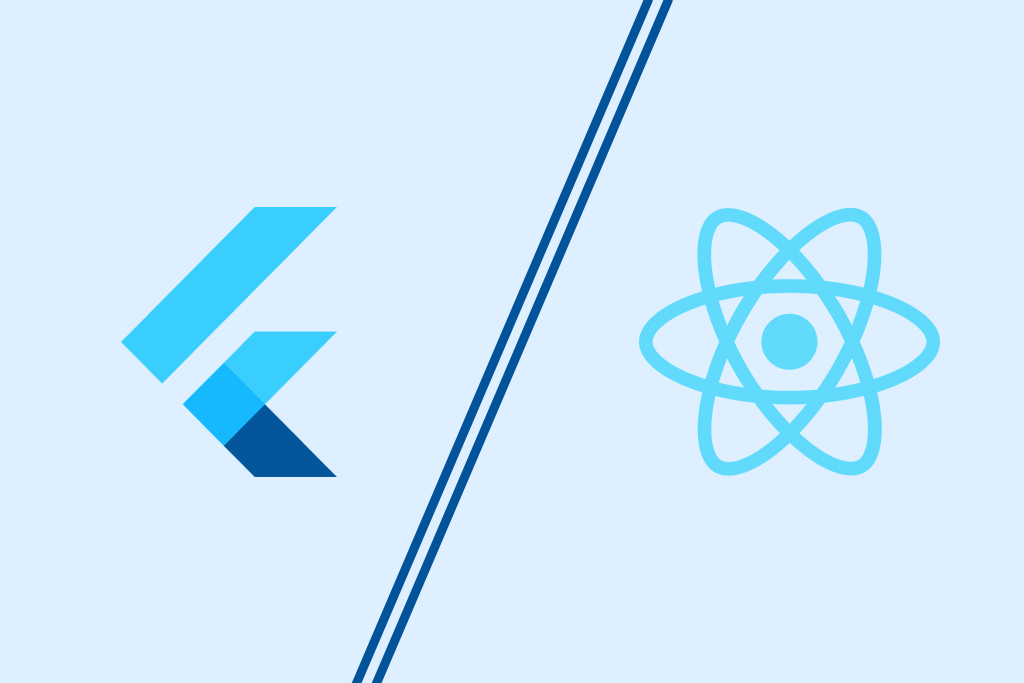 A lot of time is given by the front-end developers in designing the User Interface. To build UI, Google has provided lots of components for native app development. They are not only powerful but also well documented.

You, as an app developer, can also use Android Studio’s interface builder to build the UI faster by using the tools of native development. You’ll find all relevant basic information for building elements of UI in the Android UI docs.

The Flutter UI engine works differently. It is the rendering engine and frameworks that run Flutter apps. Complex UIs can be built by using the concept of widgets on Flutter.

The Flutter user interface includes a tree of all kinds of widgets (be in the stateful or stateless widget). You can check the catalog for building complex UIs that support Cupertino for iOS, on one hand, and Material Components for Android, on the other. Both the layout and widgets at Flutter app development are pixel perfect. 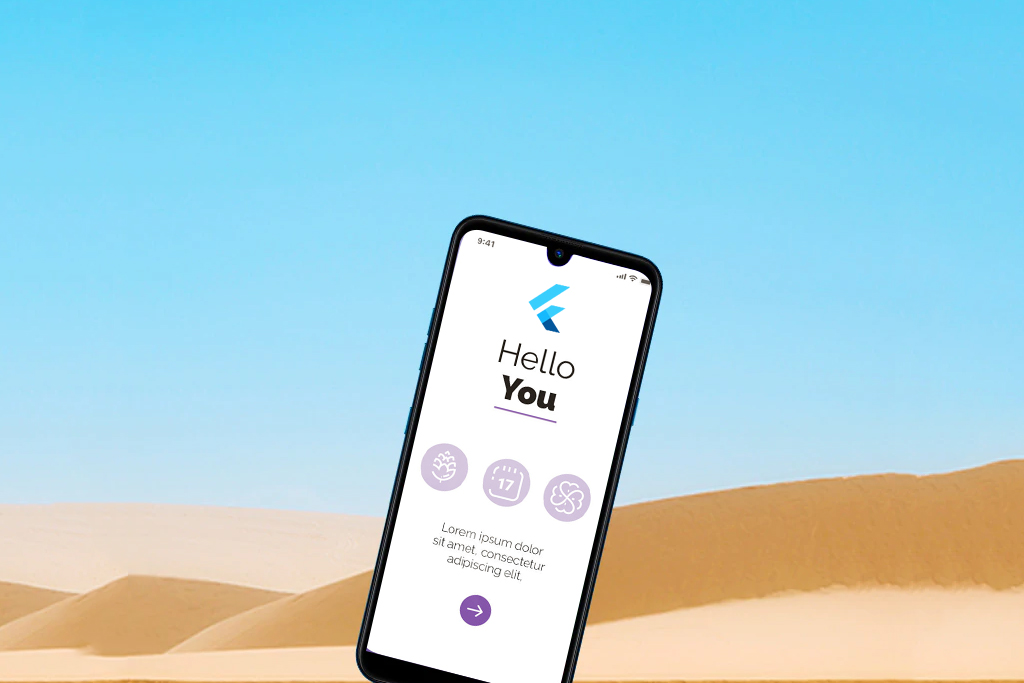 You’ll get amazing testing support for native Android tools. As an app developer, you can test native apps easily. You can do it either from Android Studio or by using Gradle from the command line. Whether it is unit, integration, instrumented, and tests for the user interface, you can add them for Android applications.

You can write tests at the unit, functional, and User Interface level, thanks to the solid testing framework provided by Google Flutter.

It provides you with a cool feature called Widget Testing. It helps you to run tests for the user interface as fast as unit tests. Flutter provides you with detailed documentation, which makes it easier for you to know how it is possible to test apps with the help of Flutter.

The integration tests at Flutter are very similar to that of Xcode UI tests. They go through the user interface for performing specific operations. The best thing about Flutter integration tests is that they run in a separate process. You can run them on: 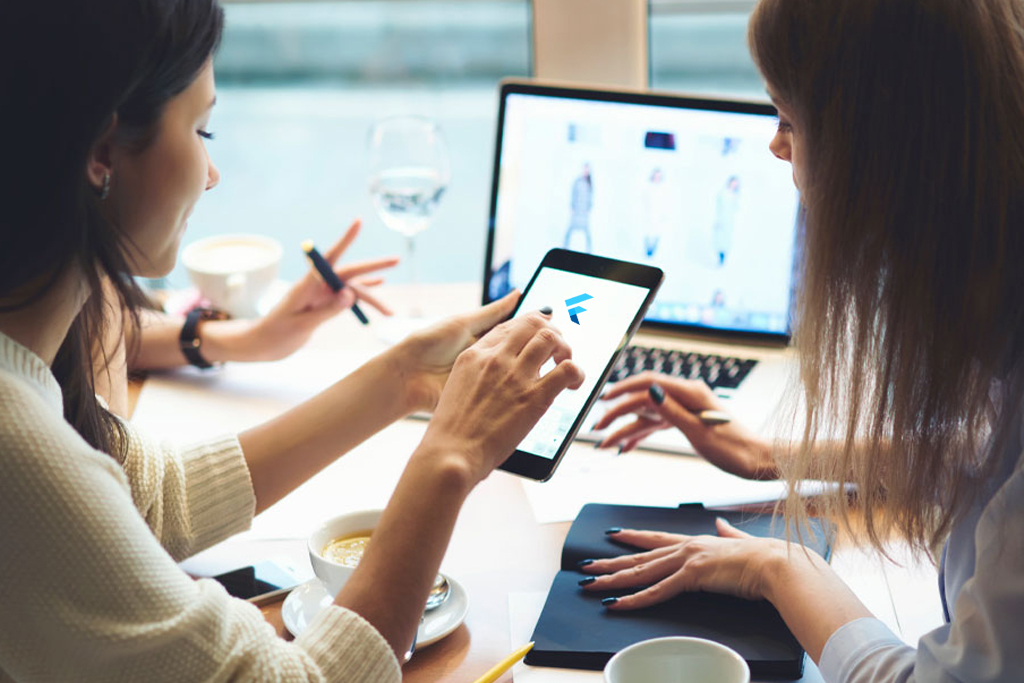 One of the greatest aspects of Android apps is that it helps you in faster and continuous building and delivery practices.

However, when it comes to the native Android app’s building and publishing process outside the Integrated Development Environment, it is a bit complex. Though there is strong support for automation building, automation testing, and Android Studio publishing at native Android apps, no dedicated CI/CD platform is provided for Android by Google.

The app developers of native Android have to rely on 3rd party CI servers such as TeamCity and Jenkins or mobile CI services such as Nevercode, Circle CI, Travis CI, and many more. As you can develop native Android apps on Linux, it becomes easier on Android to manage the CI/CD aspects in comparison to iOS applications.

The team of Flutter at Google has entered into a partnership with Nevercode. This partnership has helped them provide their app developers with a Codemagic CI/CD solution. It is a painless solution for automatically detecting, building, testing, and packaging the Flutter application with zero configuration. You can build, test, and deploy Flutter apps to the Play Store easily with Codemagic.

Whether Google Flutter will dominate over native Android in app development, is a difficult question to answer. Flutter does have some amazing benefits such as a cross-platform advantage over that of native app development.

However, it is not perfect yet. Many features that you still can’t find in Flutter include OpenGL, Accessibility support, Video support, and Maps. This framework also lacks some packages that are needed for app development.

In fact, if you want to edit the layout with an interface builder, you’ll not get any support. As Flutter is new and evolving, its community in comparison to that of native Android app development is rather small.

Despite these drawbacks, Flutter has already made a presence felt in mobile app development. Google Flutter has become immensely popular in a very short period of time. Its growth rate in the cross-platform app development world has surpassed its closest competitor React-Native framework.

The main reason for this accelerating popularity of Google Flutter is that it enables you to develop cross-platform applications:

Flutter was launched back in 2017 and the first stable version 1.7 was made available in May 2019. The new, upgraded Flutter 1.20 was released in August 2020 with lots of improvements, plugging lots of lacunae that were earlier present. More importantly, they have a strong vision backed by a well-defined roadmap.

Whether Flutter will be able to dominate over native Android development, in the Flutter v/s Native war; is still not clear. It is impossible to predict the future. However, it can definitely be said that Google Flutter definitely has the potential of crossing all boundaries. Therefore, the app developers should start taking it seriously in 2020 and in the coming future. 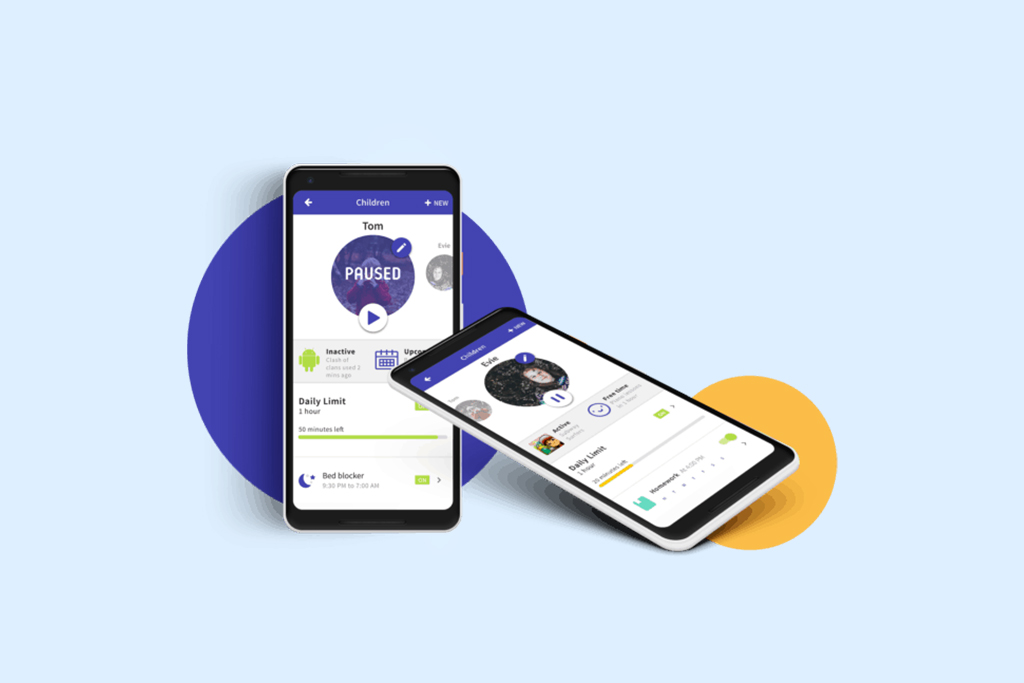 There are 5 reasons/factors why you, as a native Android developer, should consider Flutter serious in 2020 and also in the future:

Google is currently working on another OS known as Fuschia, which has the possibility of replacing both Chrome and Android in the future. Flutter has been developed to potentiate the making and growth of the Fuchsia operating system.

There is an increasing number of reports and articles that indicate that more and more countries are porting their native Android applications to the Flutter IDE framework. This shows how the competition is getting tougher in the war of Flutter v/s Native.

To understand Google’s perception of Android, native Android developers should keep a close eye on the announcements made during the coming Google I/O conferences. 2020 Google I/O conference has been canceled completely due to the COVID-19 pandemic. You may also check out other important announcements of Google to get an idea about the future of Native Android development.

The Android development process seems too confusing, considerably less performing, and too much complicated. This is especially true when you consider the number of users and the revenue earned by the companies from Android-based applications.

Flutter provides an opportunity for proficient app developers as it offers a user-friendly solution to the complexity of Android. This simplified solution helps in building applications for multiple platforms including Android, iOS, and potentially for Fuschia OS with a single codebase in the future.

This is yet another reason why native Android developers must consider both Android and Flutter or completely move to Flutter for app development.

5. Prediction of the Experts on Cross-Platform Development

Experts believe that the popularity of cross-platform app development will reach its zenith in the coming few years. Many of them also went on to the extent of saying that Google Flutter is going to be the future of mobile application development. So, here is another reason for you to take Flutter seriously in the future.

Flutter v/s Native: Who wins the final tug of war?

Google Flutter has come up as an extremely powerful framework for app development. With the progress of the app development race, there is a strong case for Flutter to be there for a long period of time. That calls both professional native Android and iOS developers to try out the Flutter IDE framework as well as its underlying programming language, Dart.

It is still not known whether Flutter will completely or partially replace native apps. It still remains to be answered. However, what it has already proved is that it is the best UI design framework currently available. Hence, as a native Android developer, it is safe as well as beneficial for you to take Flutter seriously for cross-platform app development in 2021 and beyond.