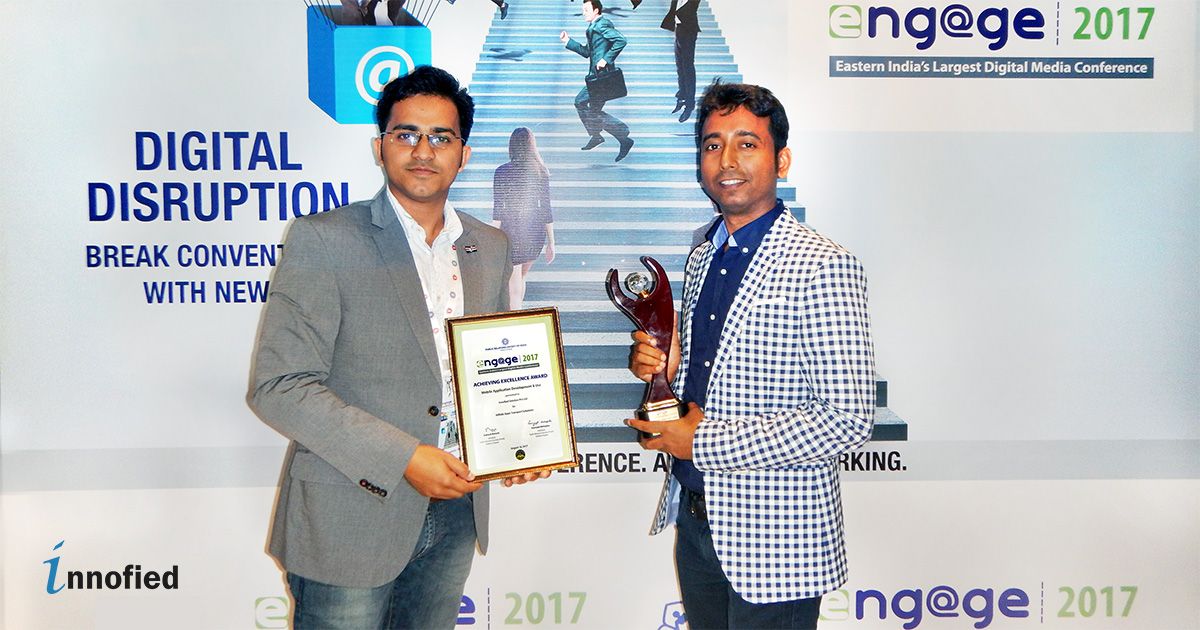 
Yes, we are talking about Allride Apps. The transport app solution that won appreciation on 18th August at ITC Sonar Bangla.

The transport app solution, powered by Innofied. We bagged many happy customers after we launched our product. However, satisfaction, hard work, and efforts pay if we receive a reward. Thanks to PRSI, Kolkata Chapter for considering us eligible for the second time at Engage Digital Award of Excellence.

Undoubtedly, this was our second time at Engage Digital Summit and we were feeling tensed. We won a good round of applause for the last year’s product Barnoparichay, so we could not just give out anything, but it should be really engaging and might showcase our hard work. 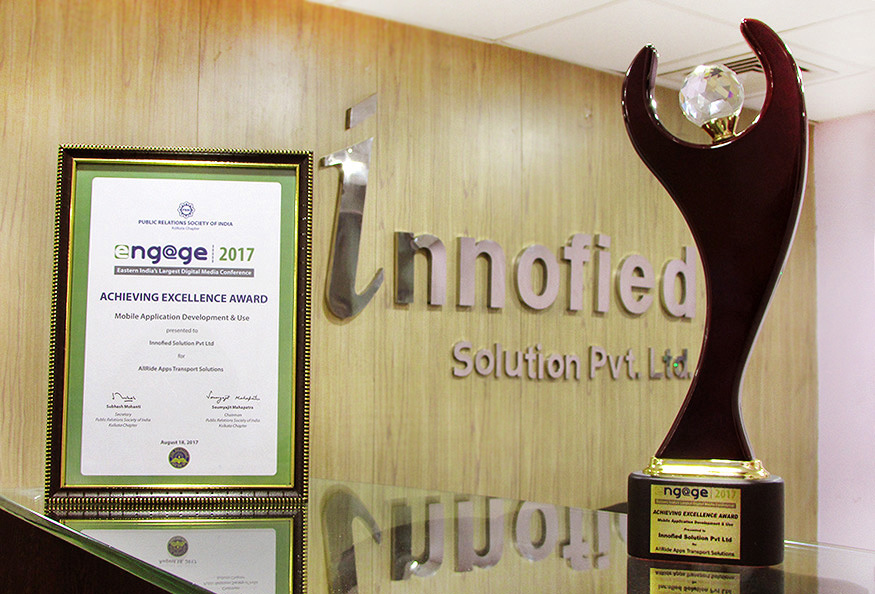 It was a great day and a big honour. There were so many competitors and winning an award among them was really a daunting task! But we made it!

Swarnendu De congratulated the whole team saying, “We did it again. Our hard work has borne fruits. Out of many products and solutions, this was dear to us. And we have together put all the strength to win this award. Doing it all in just ten months was not easy, but we made it!”

We waited for this for a long time. With a keen sense of UI/UX, innovativeness at every step and knowledge of every robust technology seems to be in our blood. Engage Digital Award of Excellence 2017 recognized companies who are using integrated digital technology solutions to create value for their customers. Apart from Innofied, the winners included Interactive Avenue, MaxMobility, Indus Net Technologies and others.

The Event Round Off

Along with Public Relations Society of India, Engage Digital Summit had successfully arranged this giant event at Kolkata for the 6th year. So, a recognition by them was not just prestigious, but it is a proof of consistency to our clients, customers, and employees who rely the most on us.

The inaugural session took place in the presence of Mr. Debasish Sen, Additional Chief Secretary to the Government of West Bengal, Mr. Soumyajit Mahapatra, Chairman, Public Relation Society of India, Kolkata Chapter, and other guests. Mr. Sen talked about digital disruption and how it has been influencing our lives. He encouraged the young people to come up with more innovations to mark the beginning of a new digital era.

There was a series of other speakers session who discussed latest trends and development in Digital Marketing and how it is impacting brands.

2017 was really big and memorable for Innofied. It all began with NASSCOM East IT Award, and then came Engage 2017. A very happy year for us!

It is always good to get recognized and appreciated. But this is only possible for a great team that we have. Sandip Saha said, “For the second time in a row we won this award and it is a reflection of a great team effort. We hope to win more in the coming years.”

WANT TO KNOW MORE ABOUT OUR TRANSPORT APP SOLUTION?

If you like to automate your transport and logistics business with robust web & mobile solutions - We Can Help!